With January’s edition of The 100 Jazz Albums That Shook The World fully sold-out, August will see it take a second run at the printers for those that missed it. 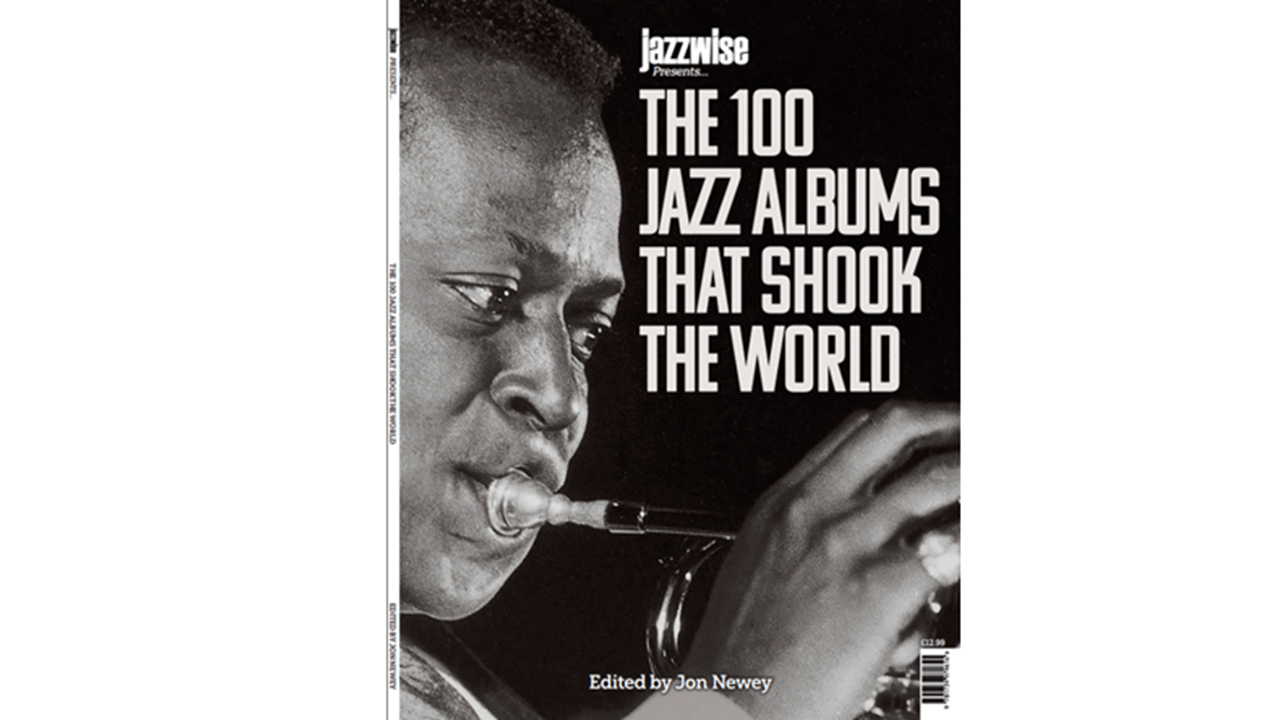 100 Jazz Albums that Shook the World, originated in an idea from the magazine’s early history - a list editor-in-chief Jon Newey and Jazzwise regular contributor Keith Shadwick had compiled in 1999 for Tower Records’ music magazine, called The Tower Guide to Jazz.

The A5 booklet, given out with Jazzwise’s December 1999 issue, contained a number of essays and articles - and, crucially, a list over two pages of the 100 most influential albums in Jazz.

The idea was completely new to the jazz world. While Sergeant Pepper had been busy topping ‘Greatest Rock Album’ lists for some time already, nobody had yet thought to impose order on the freewheeling world of jazz.

Then, in 2006, Newey, Shadwick, and jazz writer Stuart Nicholson, put together a 15-page supplement for the magazine’s 100th copy, which expanded the list with notes on why each album was included in the ranking

By 2022, Newey said, “it seemed really an obvious idea to expand the concept out to a 100-page book.” The idea was overdue for a revival - and the list needed re-examining.

Not only that - but in the intervening years, the 2006 supplement had become the most-visited part of the Jazzwise website, appearing at the top of Google’s rankings for ‘best jazz albums’ searches.

“We clearly knew there was an audience for it.”

Newey recruited his team - Nicholson, and acclaimed jazz journalists Kevin Le Gendre and Brian Priestly - and set to work. It took three months’ worth of long debates over the phone for the quartet to settle on a new ranking.

With that in place, Newey commissioned the editorial, including a whole page essay for each of the top 30 albums, and a half-page for the other 70.

Each writer, Newey said, had to find facts or stories hidden from public domain, something to truly separate the book from other jazz guides and give it “real depth and imagination.”

The same philosophy led Newey’s approach to the book’s appearance. He felt strongly that it should be presented as a large-format paperback book, something that would emphasise its continuing value to the reader long past the publication date.

The final product a - crisp, black and white perfect-bound book, with a close-up cover splash of Miles Davis, mid-breath - had to feel special.

He said: “You have just got to make the difference, if you’re going to charge £12.99. It has to look like it’s worth people paying that extra money.”

It is not just inveterate jazz-heads looking to round out their collections who are buying the book, either.

In the past six or seven years, Newey said, the scene has been undergoing an influx of younger groups and finding a new, younger audience - making it the perfect time to give a new, hungry audience the kind of in-depth guide they need to understand a complex genre.

“It’s really the right time to do this,” Newey said.

The book’s success has backed up these words. With January’s edition fully sold-out, August will see it take a second run at the printers.

So: will there be another one?

In about six years, Newey said, once influences on the scene have had a chance to wax or wane.

“Dependent on how things have gone in the intervening years, some albums might suddenly become hugely influential and dictate a whole new course for the music.

“That's the beauty of it - it's a living, breathing, thing.”